Did you miss the 2020 Radio Broadcast? If so, click HERE to download the recording (MP3) so you can listen from your computer or mobile device!

We gather each year on the 11th hour of the 11th day of the 11th month to honor those who have served.

Ormond Memorial Art Museum & Gardens was founded in 1946 by Ormond Beach residents as a living monument to creative freedom and equality of all persons, and to commemorate the service of World War I and World War II veterans who fought valiantly for that ideal. The community event is held under a large tent in our parking lot with music, inspiring speakers, light refreshments and a chance to write cards or letters for our local veterans. The event is free and open to the public. Ample free parking can be found behind The Casements and St. James Episcopal Church.

Join us under the big tent in the OMAM parking lot as we pay tribute to those who defend our freedom. 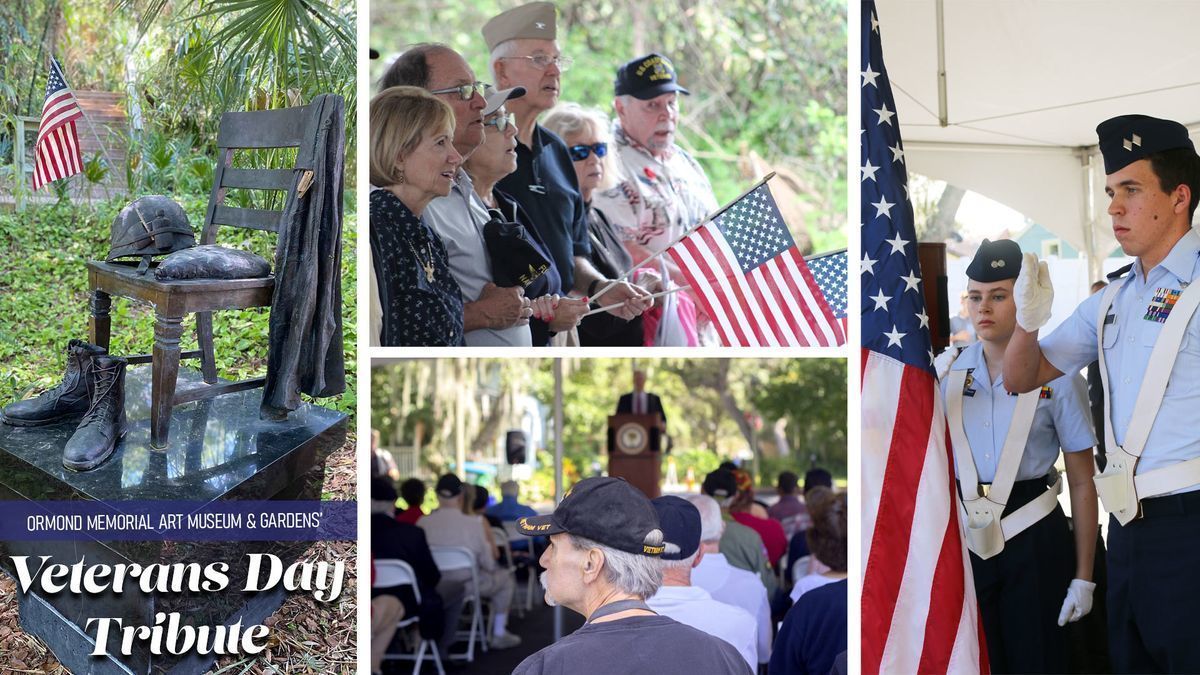 ♦ Captain William J. Toti, USN (Ret), a business executive, photographer and author with more than 26 years of active-duty service, will describe his experience surviving the September 11, 2001 attack on the Pentagon.

♦ The Pilot Club of Daytona Beach will provide light refreshments in the Garden Gazebo after the ceremony.