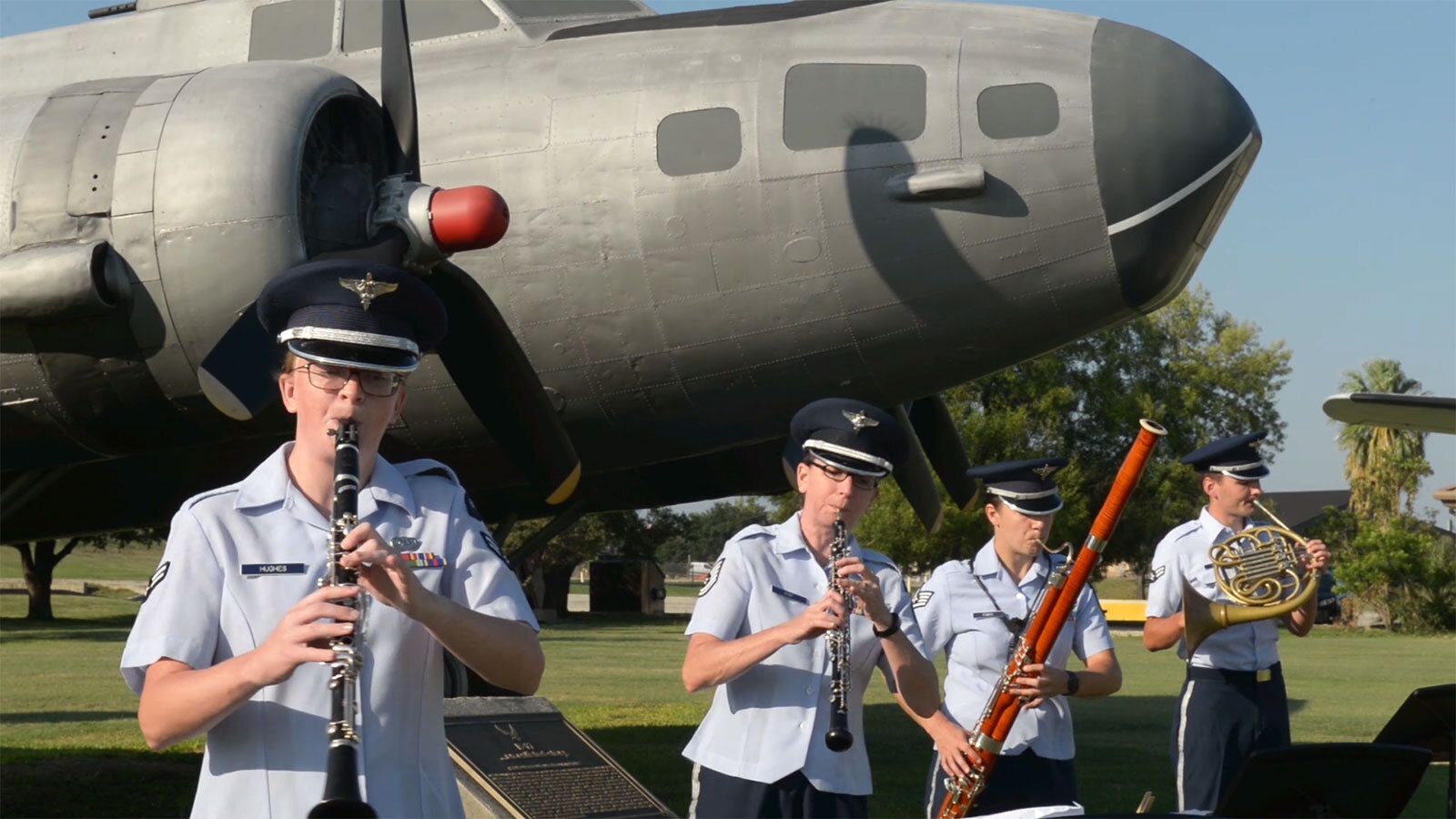 PLEASE NOTE: This is not a ticketed event. Registration doesn't reserve a seat, as seating is open on a "first come, first served" basis. Once seating has reach capacity, the event will be standing-room only.

Composed of six world-class musicians, Spectrum Winds explores the diverse world of chamber music for winds and percussion, exposing audiences to traditional woodwind quintet literature, Latin, jazz, Celtic and more. This small ensemble is a component of the United States Air Force Band of the West and brings the highest standards of musical excellence to its audiences with a passion to honor our past heroes, inspire the present generation, communicate the Air Force story, and recruit future generations of Airmen. The inherent versatility of Spectrum Winds enables it to draw on a long heritage of chamber music from Mozart and Beethoven moving forward to contemporary jazz and pop music, marches and patriotic favorites.

The USAF Band of the West is a musical organization with an outstanding record of achievement. The Airmen assigned to the band are highly-trained professional musicians who have dedicated themselves to serving their country through music. The USAF Band of the West travels more than 125,000 miles annually and provides hundreds of performances to military and civilian audiences throughout Texas, Oklahoma, Louisiana, Mississippi, Alabama, Georgia, Florida, and Puerto Rico. The organization is made up of both large and small ensembles, as well as and three popular music groups. The USAF Band of the West has performed for presidents, heads of state, and dignitaries from around the world earning an outstanding reputation among America's military bands.