Plant This, Not That!

A guide to native and invasive plant species in the gardens

The Ormond Memorial Art Museum & Gardens welcomes you to find inspiration in nature. 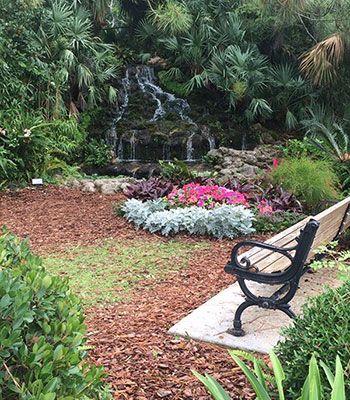 The gardens, like many other places in Florida and around the world, are home to some varieties of invasive species. Invasive species include living things that are non-native to an ecosystem, and their spread can cause harm to native species and be difficult to remove entirely.

In order to prevent some of these invasive plant varieties from spreading further, we have included some alternative, Florida-native species options for you to keep in mind when planting your own gardens.

While enjoying your walk, see if you can spot the plants we've featured!