"Expressing the Art of Carnival is my prime motivation. My painting of these figures introduces the Phenomenon of the West Indian Carnival and its people. My use of color coupled with the strength of each figure brings attention that creates dialog which in turn tells the story of Caribbean Culture and of the people. The close proximity of Florida to the Caribbean makes this an important dialog to hold bringing an understanding that the Caribbean Culture is intrinsic to Florida."
— WELDON RYAN

CLICK THUMBNAILS ABOVE TO VIEW A LARGER IMAGE AND PRICING INFO 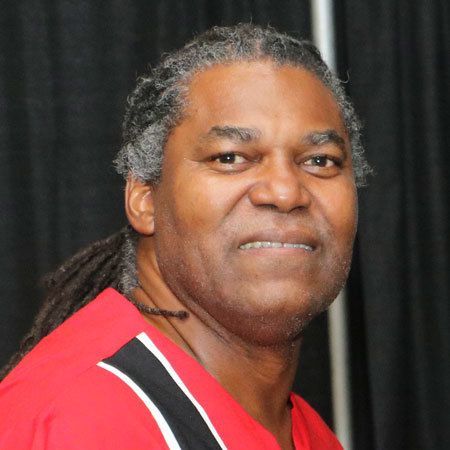 Born in The Republic of Trinidad and Tobago, home of Carnival and the Steel Drum; Weldon Ryan came to the United States at the age of six. He grew up in the Bronx where he spent most of his childhood. With his mother’s encouragement he pursued an art education, attending The High School of Art and Design in 1977, the State University of New York at New Paltz, and then Fashion Institute of Technology in New York. He had a short stay at The Art Students League of New York as well. When paste-up and mechanical and marker comps jobs slowed in 1987 he worked as an Urban Park Ranger for the NYC Parks Department, where he created murals for the Pelham Bay Environmental Nature Center. Two years later he joined the NYPD. The first African American to be appointed to the New York City Police Department’s Composite Artist Unit.

At the same time he served as one of NYC finest, he painted vigorously in his studio in the D.U.M.B.O art district in Brooklyn. Several of his commercial illustrations graced the cover and pages of magazines. After 18 years of service and solving numerous crimes with his drawing skills he retired from the NYPD on December 1, 2004 and relocated with his family to Palm Coast, Florida.

The Caribbean art of Weldon Ryan has found a home in Palm Coast at the SECCA Studio where he has a studio and exhibits at the Hollingsworth Gallery. In 2010 he served as the president of the Flagler County Art League. In 2011 he earned the honor of the Gargiulo Art Foundation Flagler County Artist of the Year.

Weldon Ryan’s art is an “interfuse” of many styles and techniques. He uses texture, color, and realistic rendering of the subject to create a unique interpretation of the world around him. He has the ability to master any medium he chooses; be it oil, acrylic, watercolor, pastels, digital illustration, photography, or chavant clay. He uses the old masters’ techniques to create contemporary masterpieces.